Souls of Poor Folk was a report prepared by a group of activists to mark the 50th anniversary of the Poor People’s Campaign that was launched by Rev Dr Martin Luther King in 1968.

The main theme of this campaign was fighting evils like poverty racial injustice, militarism and other social evils, which, Dr King believed were interlinked and strengthened each other.

The Main Features Of Souls Of Poor Folk

This audit report that was prepared by a team of committed experts and researchers focus on four aspects of the country’s socio-political landscape that are most deeply linked with social injustice and poverty. They are: Systemic Racism, Poverty, The War Economy and Militarism and Ecological Devastation.

The report was produced by the Institute for Policy Studies and had a large number of co-authors and co-editors. 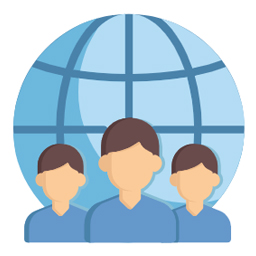 The report is around 120 pages long.

The audit report starts off with a foreword, executive summary and introduction. Then come the chapters on the four main topics, in the following order: Systemic Racism, Poverty and Inequality, The War Economy and Militarism and Ecological Devastation. These are followed by the conclusion, appendix 1 and 2 and the report closes with acknowledgements. The report is around 120 pages long.

It’s not just the Black community that is suffering.

For all those who think racism belongs to the past in United States, this report serves as a wakeup call, if not a blaring alarm to rouse them from their stupor. The findings of the report show that discrimination, in some form or another, is not just still existent but also growing in the country.

The stats themselves tell a scary tale. One of them that is really scary states that one in 13 African-Americans get disenfranchised due to felony convictions. This is just the tip of the iceberg. Overall, the number of people disenfranchised due to this cause has tripled since 1968 and a major share of them are African Americans.

It’s not just the Black community that is suffering. 66% of the people in jails are those belonging to racial minorities even though their share in the population is just 39%.

While it is true that the overall number of incarcerated persons has increased as well, people of color have become especially susceptible.

What is even more threatening to the democratic principles of the country are the laws that are preventing people of color from casting their vote through indirect means. The report states that 23 states have passed laws that prevent a good number of people, especially those of color, from exercising their right to cast their ballot.

These voter suppression laws have come into effect since 2010 and are another example of the flaws in the democratic system of the country.

Poverty, and racism are inextricably linked to each other.

It has been sufficiently recognised that poverty, and racism are inextricably linked to each other.

Which is why poverty was something Dr King paid special attention to in his career as an activist.

Some of the findings that should worry everyone is that 43.5% of the people in the country are either poor or low-income, the 400 riches Americans collectively own more wealth than the 64 million poorest people in the country and that hourly compensation has only increased by around 12% since 1973 while productivity, in the same period, has grown by approximately 73%.

The chapter that focuses on war economy sheds light on how the culture of militarism is also contributing to social injustice. It points out that the CEOs of the five biggest military contractors earn $19.2 million, on an average, which is 90 times the salary of general.

It also tackles issues of the neglect of veterans and the poor conditions for young soldiers that has seen suicide becoming a major cause of death among them.

Lastly, the report talks about ecological devastation and reveals that there have been thousands of gas and oil leaks in the last few years, much to the detriment of environment.

It also talks about the excessive emissions from the Department of Defence and the increasing cost of water for the poorest sections of society.

In 2017, the poverty threshold set by the government was $12,140 for a family of one and $25,100 for a family of four.
Till now, 113,521,980 servings of protein have been donated by Smithfield as part of this program.
66% of the people in jails are those belonging to racial minorities even though their share in the population is just 39%.
Of these 46 million people that were reliant on food banks in 2014, 43% were white, 26% black and 20% Hispanic.
Poor People’s Campaign was launched by Rev Dr Martin Luther King in 1968